C. Thomas Brown was successful in having all charges dismissed involving an alleged DUI involving alcohol.  The client holds a CDL license and many severe ramifications were avoided. 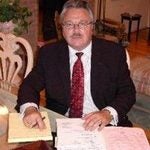 Mr. Brown has been a trial attorney for his entire legal career. He appears in court on a daily basis representing criminal defendants in trials, preliminary hearings, violation of probation and bail reviews in District and Circuit Court. In addition to his extensive jury trial experience in Ceci...